UPDATE 6 MAY 2016: The first official trailer of USS Indianapolis – Men of Courage has been released.

USS Indianapolis: Men of Courage is an upcoming war movie which is directed by Mario Van Peebles and written by Cam Cannon and Richard Rionda Del Castro. Star actor is Nicolas Cage who will play Captain Charles Butler McVay, other starring actors are Tom Sizemore, Thomas Jane, Matt Lanter, Brian Presley and Cody Walker. The movie is set for release on May 30, 2016 during Memorial Day however there is currently no official trailer. Hannibal Classics has developed the film for five years, consulting with survivors, the U.S. Navy and the U.S. Coast Guard.

“This film is about the crewmen of the USS Indianapolis, their unsurpassed bravery, dedication to each other and distinguished service to our country,” Mario van Peebles said. “It’s an honor to tell their story.”

Throughout WWII, the USS INDIANAPOLIS was known as one of the fastest ships in the entire US Navy. Under the command of CAPTAIN MCVAY (Nicolas Cage), its crew fought bravely in every major US campaign in the Pacific. As President Truman negotiates Germany’s surrender, he gives McVay a new mission. The US Government has developed a secret weapon, which McVay and his crew are to transport to Guam.

The mission goes off without a hitch, and McVay is ordered to take the crew to an island in the Pacific where the men are to report for training. But along the way, disaster strikes. A Japanese submarine under the leadership of COMMANDER HASHIMOTO surprises the Indianapolis and launches several torpedoes into the great ship.

In only twelve minutes, the ship goes down. Of the 1,200 men onboard, only 900 survive the sinking. They wait in the water, believing that their rescue is imminent. When day breaks, the weather turns unbearably hot. Thirst and hunger set in. And the attacks begin. 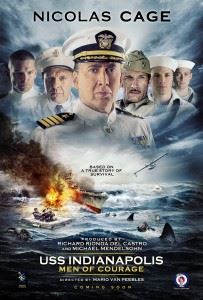 Hundreds of sharks surround the men and attack without mercy or provocation. After the first attacks, the sharks retreat, but continue to circle the men hungrily.

The Japanese military, on its last legs, celebrates the sinking of the Indianapolis as proof that they might mount a comeback against the US forces. Hashimoto is hailed as a hero. But he secretly wonders why the Indianapolis was so vulnerable. What’s more, he grows more and more disillusioned with the Japanese government’s refusal to believe US claims of a secret weapon that will decimate the Japanese population.

After several days in the water, the men start to lose hope. Overwhelmed with thirst, many begin to hallucinate. Marks continues to pressure the Navy, but to no avail. As the days mount up, and more and more men die, the survivors find a new determination to survive.

But will their sheer will be enough?

USS INDIANAPOLIS: MEN OF COURAGE, tells the remarkable true story of survival. Filled with tense action and brave heroes, it is the ultimate untold story of WWII.

With an estimated budget of $40,000,000 we may expect much of this movie. A teaser trailer was released and featured on channel WKRG however I don’t know whether it was a teaser trailer for USS Indianapolis: Men of Courage or the movie Pearl Harbor (2001). See for yourself:

Older still from the movie USS Indianapolis: Men of Courage that was released awhile ago. The still shows uf Tom Sizemore and Matthew Pearson. 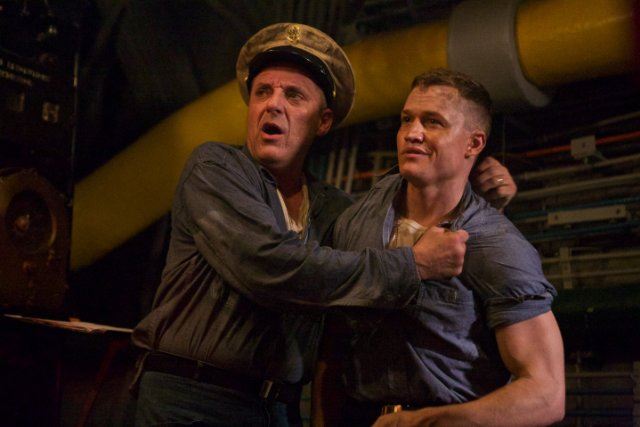 MovieInsider has released a few new stills from the movie on January 25, 2016 and we cannot spare them to show you. 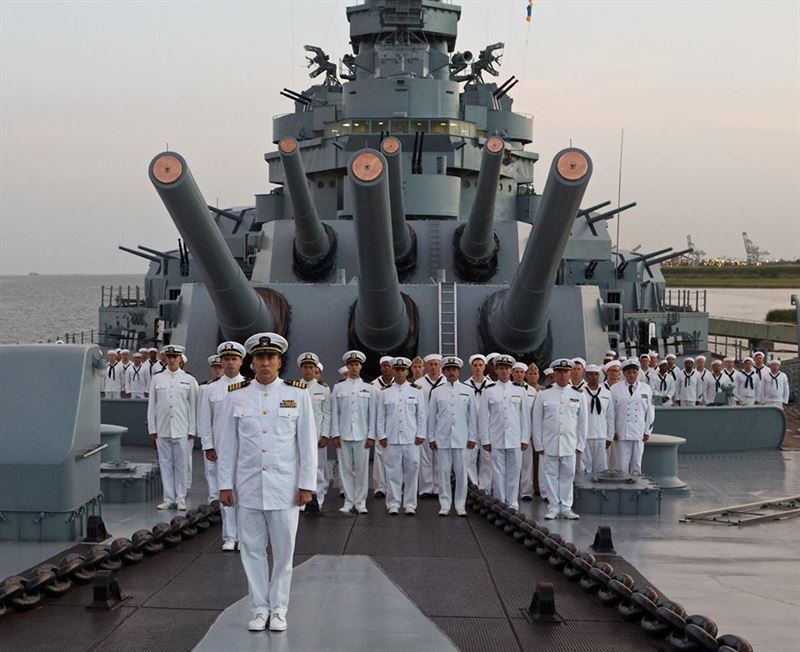 Did you know that an original PBY Catalina being used for USS Indianapolis: Men of Courage was destroyed when the seaplane began to take on water due to a mechanical problem. It was pulled closer to the shore, where it remained, slightly nose-down with landing gear stuck in the sand. Salvage crews attempted to load it on a barge unfortunately, the PBY broke into three pieces in the process, resulting in what is most likely a total loss.

Also a few scenes were shot on the USS Alabama.

Read our article on The Sinking & Horrors of USS Indianapolis. Feel free to let us know your opinion on this upcoming movie by commenting below or on our Facebookpage.

UPDATE 6 MAY 2016: The first official trailer of USS Indianapolis – Men of Courage has been released.

3 thoughts on “The upcoming USS Indianapolis: Men of Courage Movie”