In the video you’ll see how Joshua Hanlon, of BrickPodcast.com, is talking with Daniel ‘Dan’ Siskind, who is the owner of the Minneapolis-based Brickmania, on his LEGO WWII Battleship “USS Missouri”, which is believed to be the world’s largest LEGO Battleship.

It will take Siskind more than 1,000,000 million bricks to complete the project and more than a half year. His battleship is measured 25-and-a-half-foot long; the previous record is 7.66 meters (25.1 ft.) for a Lego ship.

The ship is still under construction as there is still some work to be done.

“I’m still working on adding details but hope to have the model “finished” by September 2nd“, Daniel Siskind said and provided us some photographs from his project. 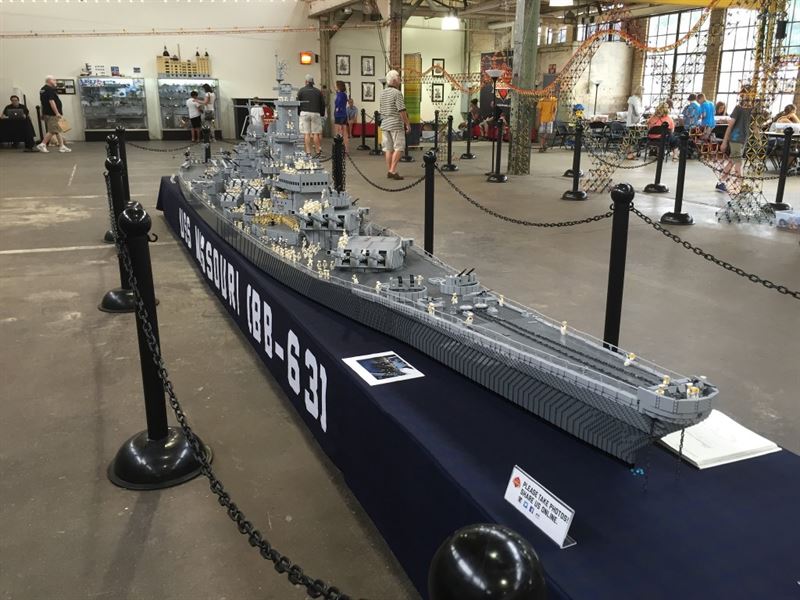 Photograph from his latest progress: many small modifications have been added. Most notable are the funnel caps, main gun directors, and radar on the top mast. 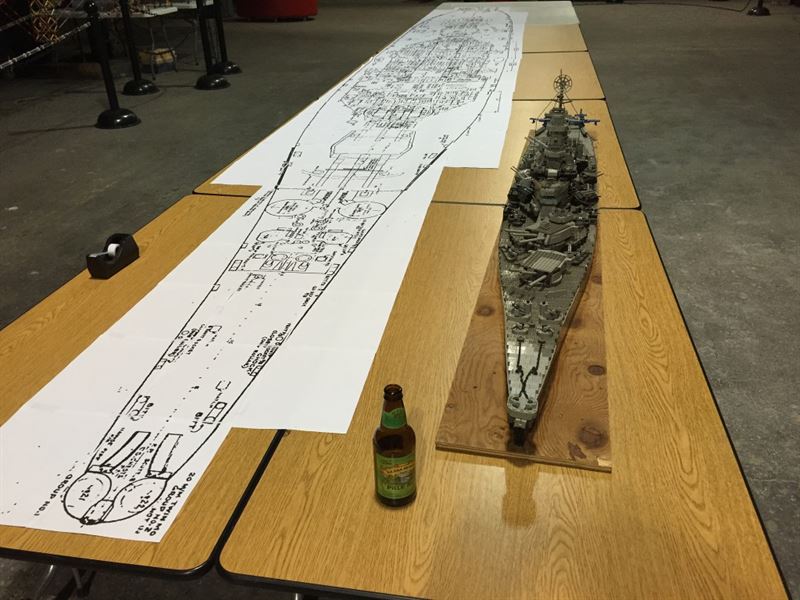 How it all started, Daniel Siskind added, “Hold my calls, I’m going to be busy for a while! As you can see by the beer bottle I’ve a huge project ahead of me and I’m thinking, “Oh my god, what have I gotten myself into!” The plans on the left will aid me build the USS Missouri in 1/35 scale. The model on the right is my previous USS Missouri built to 1/140 scale for comparison.” 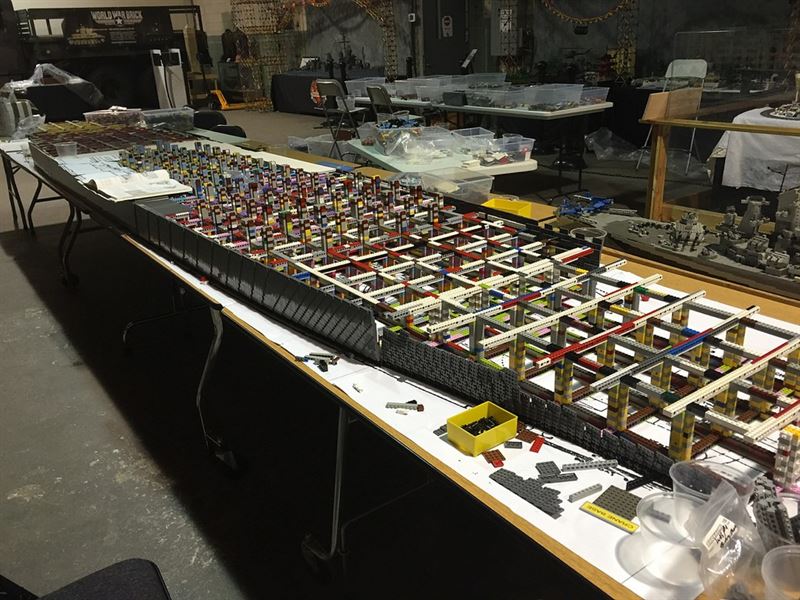 The result of one month hard working. 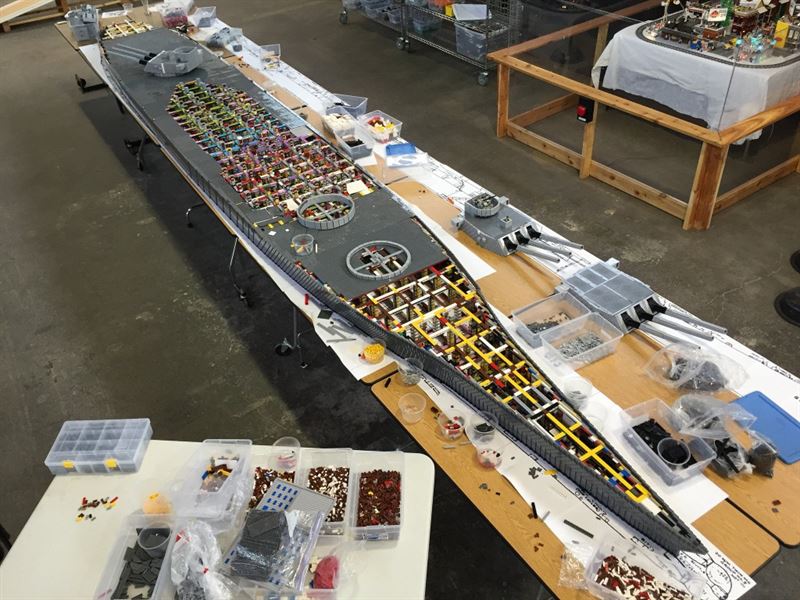 When this photograph was taken, Daniel Siskind was racing against the clock to make the Mighty Mo presentable for the Art-A-Whirl weekend that occurred this year in Toyworks. Most of the hull and deck were finished and it was time to start the superstructure and add the turrets. 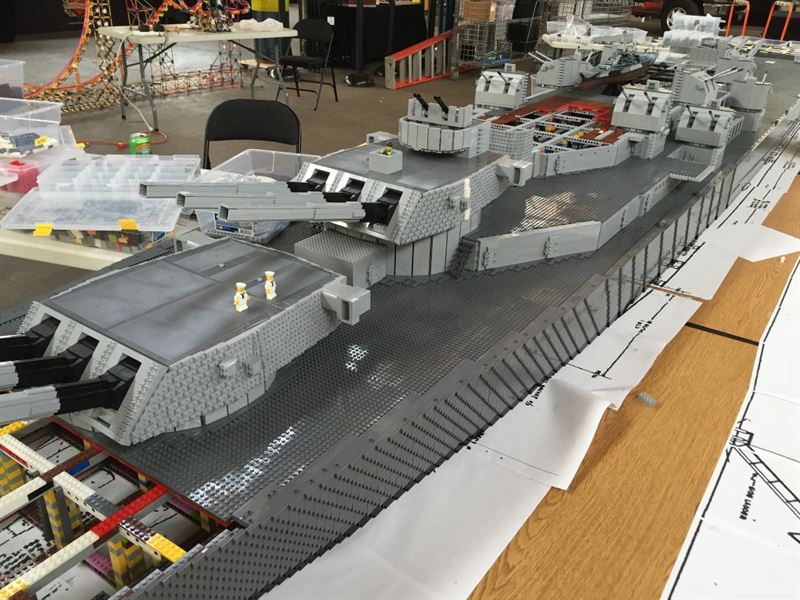 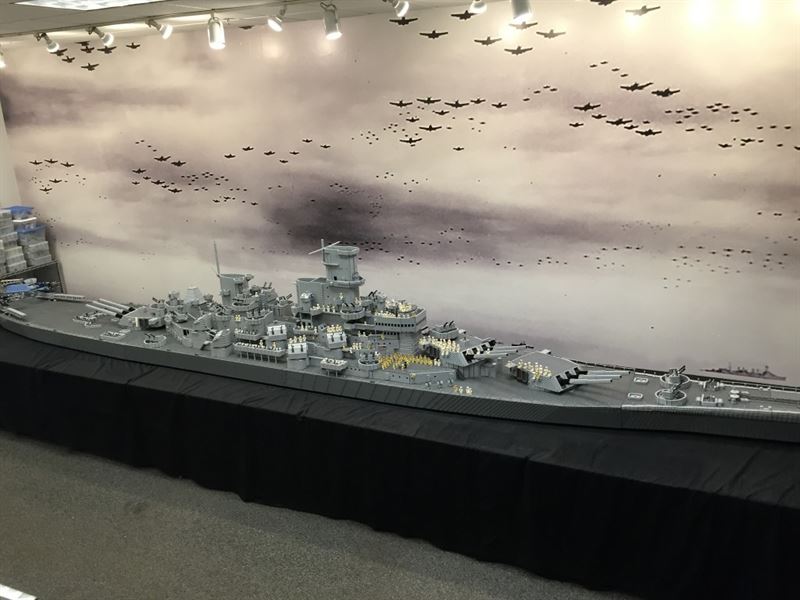 Daniel prepared the model for the move to WWB Hartford in July 2015, after adding the catapults and crane. The superstructure is nearly completed. 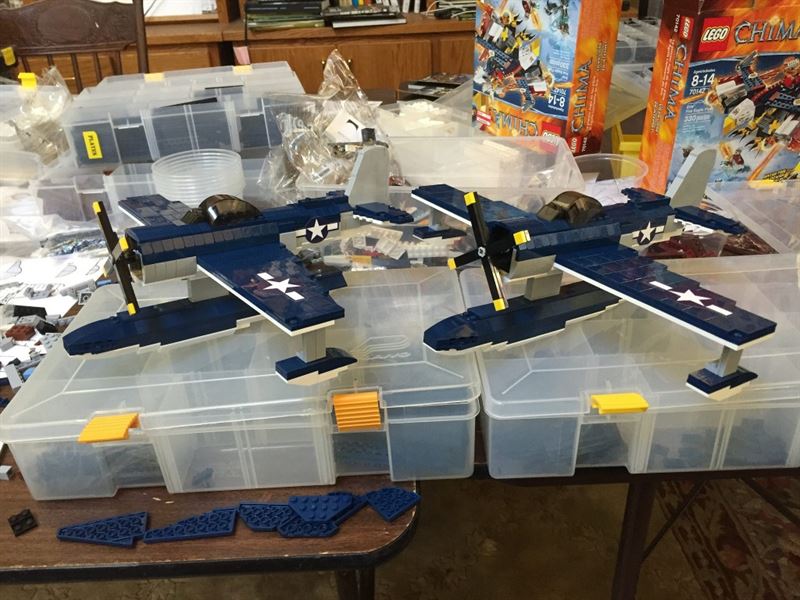 SC-1 Seahawks from the USS Missouri. 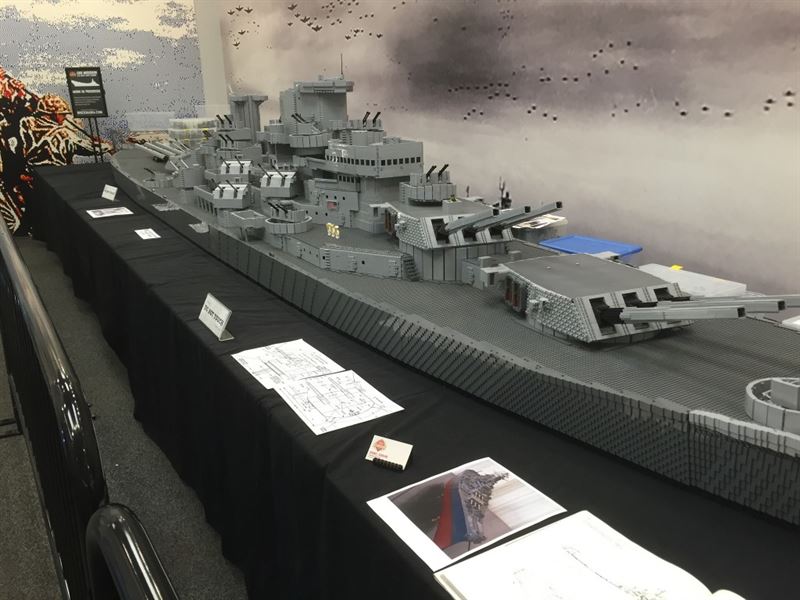 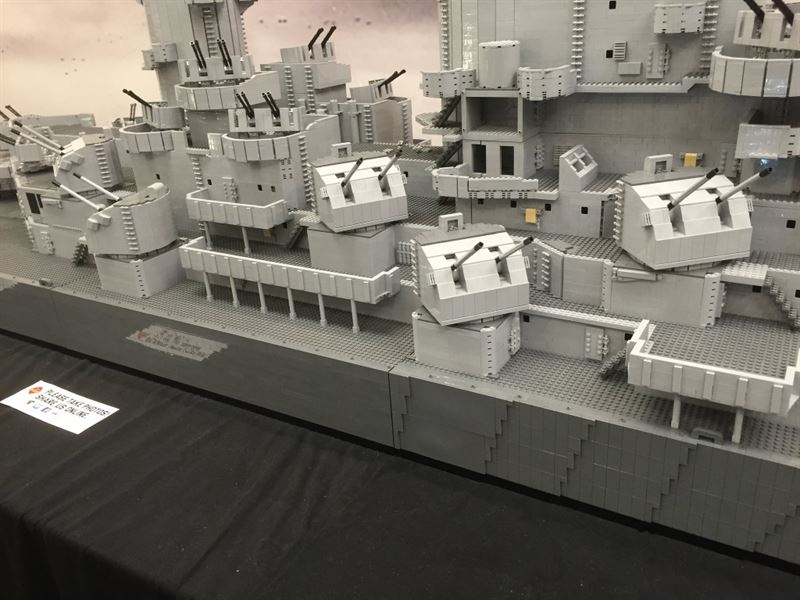 After Daniel spent a good amount of time working on the Mo, both funnels were built up to the base of the funnel caps and the entire long and medium range AA batteries installed.

The Brickmania digital design team went hog-wild with the USS Missouri model and made this rendering!