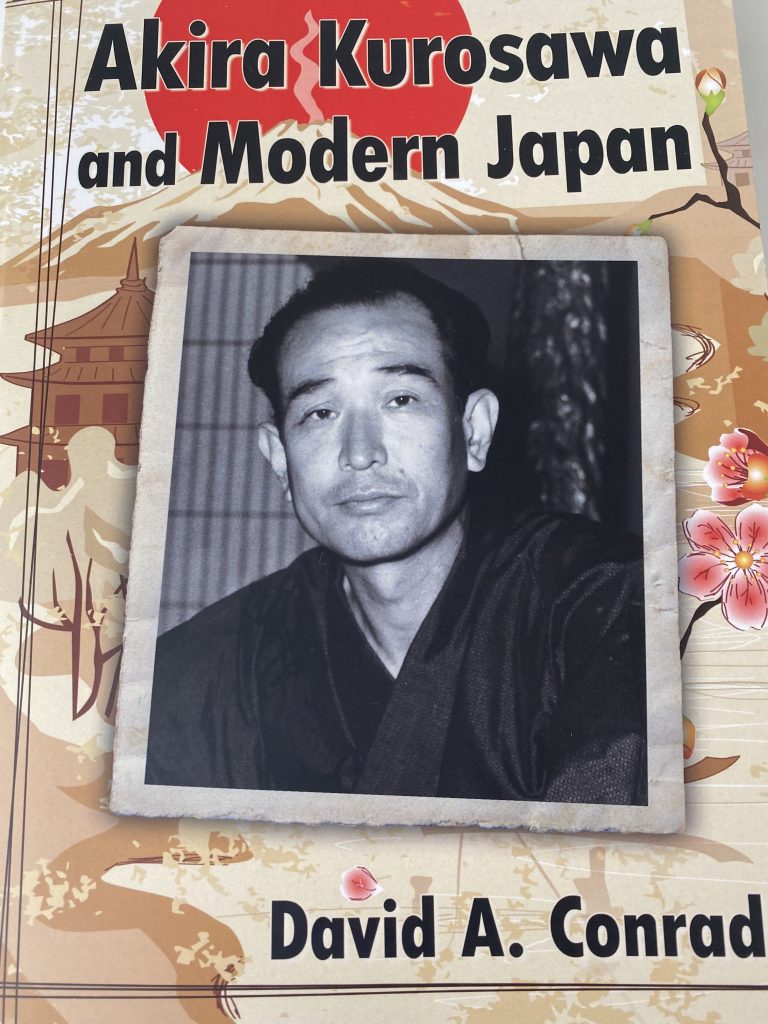 FOR THE CINEMATIC–MINDED, TWO NEW TCM AND McFARLAND BOOKS TO AROUSE AND CELEBRATE

Two of Darrach’s principles were, “For the present generation, an educated man and woman must be cinemate as well as literate”, and “The world is on its way to a great cinema culture. The art of the future has become the art of the present”.

The paragon of the “Novelists with Cameras”, in this reviewer’s opinion, is unquestionably Akira Kurosawa. The historians of the new cinema searching out its origins, are drawn back to the 1951 Venice Film Festival when the least promising feature on the three-day cineschedule was a Japanese feature entitled “Rashomon”, translated as “a large gate that stood in a southern portion of Kyoto’s city wall.” See Chapter 11. “As all film experts knew at the time, Japanese movies were nothing more than ‘a bunch of rubber chrysanthemums’. Sitting down to watch, they yawned. Within moments, they were dazed, not falling asleep, but realizing that from the Land of Rubber Chrysanthemums, a thunderbolt was heralding in a whole new era of cinema.

Author David A. Conrad, who spent three transformative years in Japan’s Miyagi Prefecture, writes that “Rashomon’s message was timely as Japan was in a new war five years after the last one ended in destruction and subjugation. With the outbreak of the Korean War in the summer of 1950, Japan’s economy returned to a state of war, which, in turn, meant movie characters became free to take up swords again”.

Kurosawa’s script presented war as a collective act of evil that inflated individual acts of evil like murder and rape. Thus, his “Rashomon” violently ripped open the heart of man to prove that truth is not always in it. In technique, the feature film was traumatically original. In spirit, it was enormous, strong, male. It was obviously the work of a genius, and that genius was Akira Kurosawa, the earliest messenger, a true harbinger, of the new epoch of motion pictures as stories.

This book is essentially a brilliant presentation of all 30 motion pictures the great Japanese moviemaker created. They are loved in Japan, to this very day, for their timeless protagonists and haunting vistas of old Japan, but for others throughout the world, who relish the tremendous power, the great magic, the vision that has been given to wave after wave of men and women who also want to contribute to the new aesthetic, there is much to learn from and about modern Japan. Kurosawa’s films, as David so passionately teaches us, evolved as Japan redefined and reinvented itself, from movies created for the wartime to those made amid the trials of American occupation. A truly remarkable book that is fascinating to read, if you enjoy cinema, readers achieve insight into how movies are made, and, more important, the exploration of the genius mentality of such directors like Akira Kurosawa.

Here, in this classic text commensurable in class and integrity to its movie parent are half a hundred American feature-length films that focus upon the rarely acknowledged, generally unappreciated art that is often a critical aspect of moviemaking across all genres and eras: the stunt work.

“Danger On the Silver Screen” not only highlights the importance of this unique professional work, but also the bravery and inventiveness of the men and women who often placed their bodies on the line for the sake of the camera in thrilling films like “Wings”, “Steamboat Bill, Jr.”, “Romancing the Stone”, “Smokey and the Bandit”, “Live and Let Die”, “Mad Max”, “The Blues Brothers”, “Raiders of the Lost Ark”, “John Wick”, and “Baby Driver”.

Breaking down feats and gags from the late 1920s through to the modern stunts of the 2000s, this book is an absolute must-have guide to both celebrate and expand the movie-enthusiast’s  knowledge of the crazy art of stunt work in movie-making.