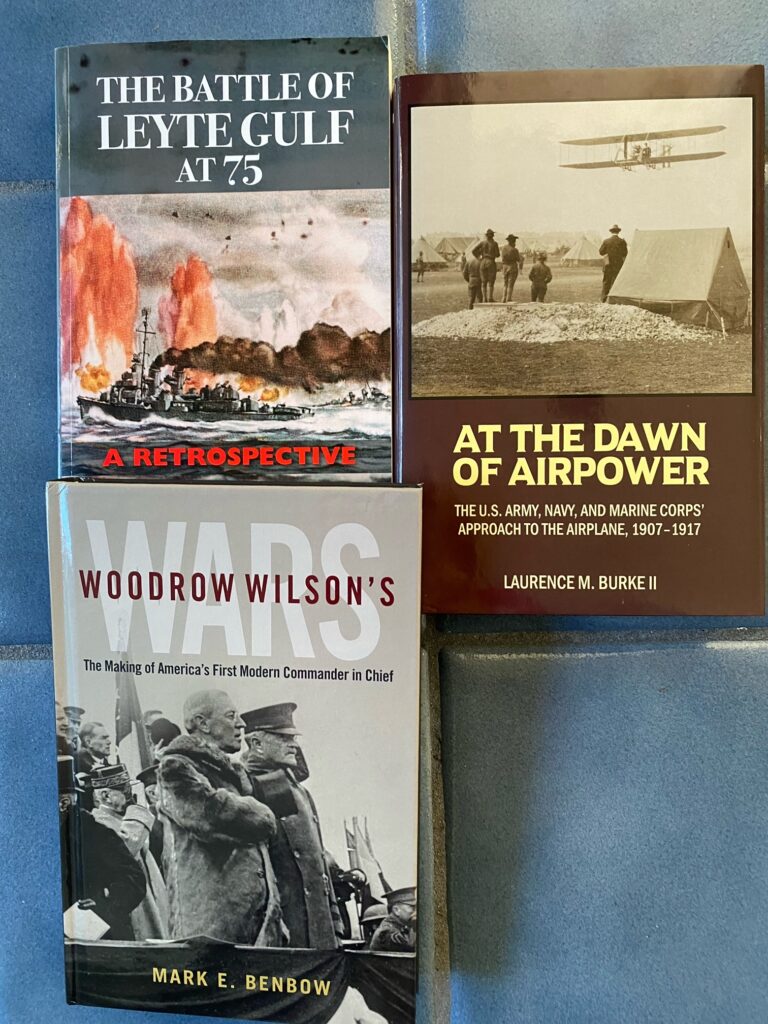 Being there . . . during the three decades between 1914 and 1945 when world shaking dramas
of real events and personalities affected millions upon millions of lives determining who, what,
and where we are today. Two-thirds of those years were catastrophic for fledgling democracies
and those who believed in freedom and government by the people, exercised directly or
indirectly through a system of representation fostering the principles of social equality. The
preface of that 30-year period enacted in 1914 on a set as vast as the earth itself introduced the
first of the traitorous 20 th Century’s malefactors, malfeasants, and malign malcontents. Then,
surprisingly, patient actors, i.e., Adolph Hitler, Tojo, and Mussolini, dictators all at once in
power, moved with astonishing speed to cower and quail freedom and democracy for good.
The roads to war were opened while storm clouds gathered over Europe and Pacific. The 1920s
may have been a brief interlude of tranquility between 1921 and 1933 without Hitler and his
rush to form the Axis, although the result, as in 1919, wound up being the same in 1945,
unprecedented death and destruction in once great foreign cities now crushed into rubble . . . .
IN THE SEA OF HOLIDAY GIFT GIVING BOOKS, THREE, FAR AND AWAY THE BEST TO EXPLAIN
MILITARILY THE WORLD’S FIRST HALF OF THE 20 th CENTURY, ARE AVAIABLE FOR PURCHASE
Published by nonpareil Naval Institute Press, visit www.usni.org, or call (800) 571-1703
Reviewed and highly recommended as a three-book set by Don DeNevi
“WOODROW WILSON’S WARS – The Making of America’s First Modern Commander in Chief”,
by Mark E. Benbow. Naval Institute Press: 2022, 301 pages, 6 ¼”x 9 ¼”, hardcover and in eBook
edition. See, www.usni.org. $44.95, Holiday price: $22.48.
“AT THE DAWN OF AIRPOWER – The U.S. Army, Navy, and Marine Corps’ Approach to the
Airplane, 1907 – 1917”, by Laurence M. Burke II. Naval Institute Press: 2022, 336 pages, 6 ¼”x 9
½”, hardcover and in eBook edition. See, www.usni.org. $49.95, Holiday price: $24.98.
“THE BATTLE OF LEYTE GULF AT 75 – A Retrospective”, by edited by Thomas J. Cutler. Naval
Institute Press: 2019, 339 pages, 6”x 9”, softcover. See, www.usni.org. $24.95, Holiday price,
$12.48.
Check the Holiday prices – all three for less than $100? Believe it? Make a buff happy!
Woodrow Wilson’s presidential administration, 1913 through 1921, was known not only by
America’s participation in World War I, but also by numerous armed interventions by his nation
in other countries. His determinations included the years’- long occupations of Haiti and the
Dominican Republic; a border war with Mexico; and the use of Marines to guard American
citizens in Chinese cities during the unrest there. Author Mark Benbow examines what these
American policy decisions and military interventions reveal of Wilson as Commander in Chief
for the very first time.
President Wilson tended to allow cabinet officials to operate their own departments as their
wished as long as their actions did not contradict his overall aspirations. When it came to

foreign policy, however, Wilson took an active role overseeing American diplomats.
His approach toward the military followed a similar pattern, though sometimes commanders’
actions affected Wilson’s diplomatic goals. Benbow focuses on these conflicts between military
reality, the necessity of foreign intervention, and Wilson’s desire for a legacy to present a more
nuanced view of the president as Commander in Chief.
Note, gentle readers, and others, “The U.S. President as C-in-C (CinC) of the nation’s armed
forces, historians, political scientists, policy professionals, and politically informed audiences,
including buffs, are certain to find these volumes instructive and engaging”.
Meanwhile, “AT THE DAWN OF AIRPOWER – The U.S. Army, Navy, and Marine Corps’
Approach to the Airplane, 1907-1917” examines the development of aviation in these three
branches of U.S. armed forces from their first official steps into military flight up to the United
States’ declaration of war against Germany in April 1917. Author Laurence Burke explains why
each of the services wanted airplanes and how they developed their respective air arms and the
doctrines that guided them. His narrative follows aviation developments closely, delving deeply
into the official and personal papers of those involved, revealing their ideas and intents,
especially those of the early military piloting pioneers. Burke also closely examines the
consequences of both accidental and conscious decisions on the development of nascent
aviation arms. “AT THE DAWN OF AIRPOWER” is one of the most brilliant USNI books yet
published.
In “THE BATTLE OF LEYTE GULF AT 75 – – A Retrospective”, author-editor-compiler Thomas J.
Cutler has provided readers with a superlative contribution to the historiography on that
stupendous battle. Often appropriately referred to as the “greatest naval battle in all history”,
the 23-26 October 1944 fight was a series of sea life and death encounters in which both sides
exhibited courage and resourcefulness yet suffered from confusion born of poorly conceived
command relationships and ineffective communications. Marked by awe-inspiring heroism,
failed intelligence, and smart deception, the gargantuan battle involved hundreds of ships,
including nearly 200,000 participants, spanning more than 100,000 square miles.
This enlightening retrospective collection is further enhanced by a careful selection of
articles from the rich archive of the Naval Institute’s Proceedings and Naval History magazines
that have long sustained the debates and the lessons learned from the actual event. The result
for us readers is an edifying and entertaining volume that will not likely be the last on this
important subject, but until then serves as an important contribution to this evergreen topic.