Past summer, Pierre Mazille found a collection of photographs from World War 2 of his hometown Dijon, France.

As a photo project, he decided to reshoot the pictures to show what the places look like today, 70 years later.

Argunners was given permission by Pierre Mazille to publish his Now & Then pictures.

Let this photographical journey bring you into an interesting WWII Now & Then travel.

German troops gather in front of the Palace of the Dukes of Burgundy on June 17th, 1940.

Today the Palace is still the town hall and a major tourist spot.

Luftwaffe headquarters is now a simple building with a florist.

German officers posing in front of the fountain at Parc Darcy.

The main street with Guillaume’s Gate in the back.

His grandfather, wanted by the Germans, used to work with a fake ID in a bakery in this exact same street. 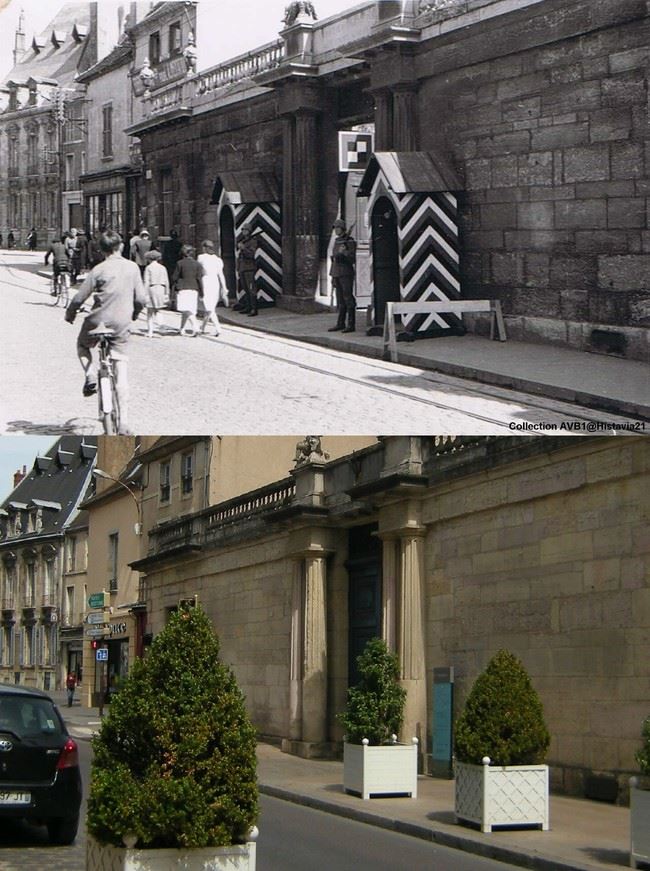 A soldier posing in front of what used to be a butcher shop.

The post office, displaying a massive flag after Dijon’s Liberation.

On September 11th, 1944, Allied troops finally enter the city and go through the main street. 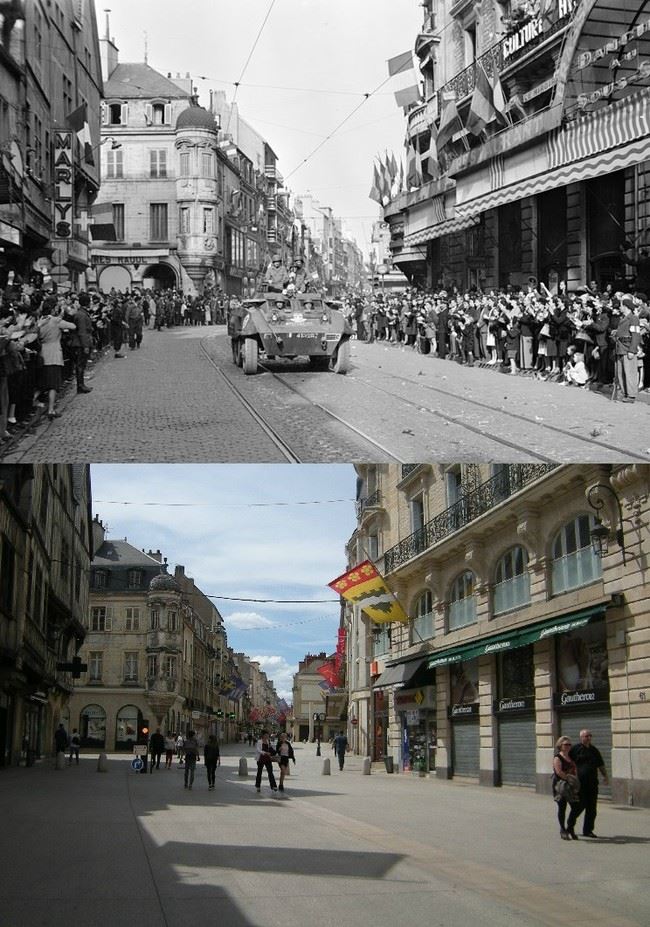 Free French Forces, aboard Shermans, arrive in front of the Palace. The square is renamed Liberation Square for the occasion.