In 1965 when the United States decided to join the Vietnam War it was supposedly to stop the rise of communism as perpetrated by North Vietnam. It is a war that many historians believe was one of the worst foreign-policy mistakes in the history of the United States of America and also turned out to be the longest war fought by the country.

After World War II, America was wealthy and the young people were the first generation to experience the joys, freedoms and frustrations of being modern teenagers. By the time the Vietnam War broke out, many were used to the good life and yearned for some form of adventure. This led some of the young people to get voluntarily enlisted while others were drafted. After training for a few months the soldiers, many of whom were still underage, were sent overseas to fight in a country that they had no prior knowledge of. The minimum age for enlistment was seventeen years but with parental consent, though a number of young men and even women lied about their ages in order to sign up. 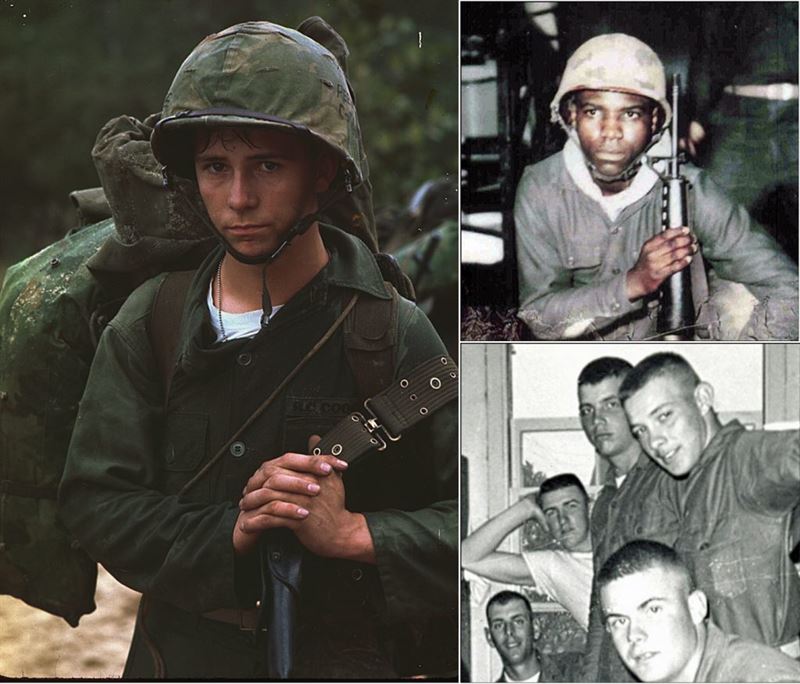 Facing an army that had little or no respect for the rules of war, a good number of the teen soldiers were easily intimidated. Many were maimed by mines or walked into traps set by the Vietcong. The jungle also had its own perils like poisonous reptiles, vicious animals and the deadly mosquitoes which spread diseases like malaria, yellow fever and dengue fever. Most of the youthful soldiers had no basic survival instincts and had to learn a lot the hard way.

Statistics show that at least five men killed in Vietnam were sixteen years old, and at least 12 were seventeen years old. 61% of those killed were younger than twenty one and 11,465 of those killed were younger than twenty years of age. The youngest soldier to be killed in Vietnam was US Marine Dan Bullock, who had lied about his age and signed up. He was tall and huge for his age and used this to his advantage. After the usual brief training, he and hundreds other child soldiers were shipped off to Vietnam. A year later he was killed in battle, cut down by the enemy’s fire.

What many believe is that this was a war where the poor were forcefully drafted as children from well to do families could find a way of escaping the draft. It was a war that also greatly devastated the child soldiers as they were forced to make and enforce life and death decisions daily. Many believed that they probably wouldn’t make it back home alive and all they cared about was survival, peer group loyalties, friendship and escaping from the reality of the unending nightmares of the Vietcong popping up unexpectedly and wrecking havoc.

Young men were forced to commit despicable acts that wouldn’t otherwise be tolerated at home simply to ensure that they stayed alive. This was the generation that also brought about many of the Viet-American children, fathered by American boys and Vietnamese mothers.

The woes of the American Child Soldiers fighting in Vietnam didn’t end when they returned home. Fighting a war that was in the limelight, many returned to condemnation for their actions in Vietnam by those who never saw a single day in battle. Being exposed to heroin, marijuana and alcohol which were in abundant supply and inexpensive, meant that a good number of the youngsters returned home as addicts. Even those who didn’t get drawn into addictions found it hard to adjust to a society which had the wrong picture about them as a whole. Employers weren’t willing to employ young men who returned from Vietnam because of their perceived drug problems.

In Vietnam, many of the child soldiers had made decisions based on what they needed and wanted at the time, but back home their actions were outlawed and not tolerated and this was confusing to the young minds. A good number though, were able to adjust back and became pillars of their society.

Many historians feel that had the child soldiers had good role models in Vietnam then many would have adjusted. Most of the older soldiers were only concerned with what they called DEROS or Date of Expected Return From Overseas. Every soldier knew when they were scheduled to return home even before they left for Vietnam. The problem with this is that as DEROS approached for many, they were no longer committed to the war. They did all they could to try and stay safe so they could return home. This widespread attitude to some extent, cost America the victory they yearned for.

Because the media painted the wrong pictures about the war, many teenagers returned and got confused by the way their people didn’t understand what they had been through. The combination of society neglecting them, the government ignoring them and their families not understanding them and what they’d been through, caused many of them to self destruct both mentally and sometimes even physically. A needless war as some would claim, that cost many youngsters their lives and all for nothing. 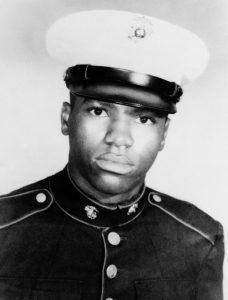 At a time when grown up men were fleeing to Canada to avoid being drafted to fight in the Vietnam War, one remarkable young man stood out. Dan was born on 21st December, 1953, and at fourteen years of age decided to enlist and fight for his country. So he altered the date on his birth certificate to show that he was born in 1949. Because of his manly stature no one doubted him and Bullock’s certificate passed scrutiny. He was enlisted in the United States Marine Corps on 18th September, 1968, being placed in Platoon 3039 in Parris Island. He graduated from boot camp on 10th December, 1968 just a few days before his fifteenth birthday. Boot camp was no easy feat for Dan Bullock and he lost his stamina but he struggled on and was finally sent to Vietnam, arriving on 18th May 1969 at An Hoa Combat Base west of Hoi An in Quang Nam Province. He was assigned as rifleman in 2nd Squad, 2nd Platoon, Fox Company, 2nd Battalion, 5th Marines, 1st Marine Division. Dan served as a messenger for the troops, running errands and being useful to them.

On 7th June, 1969, just about two weeks after his arrival in Vietnam, Dan was making ammunition run to resupply his unit when he was killed by small arms fire. He was the youngest serviceman killed in action in the Vietnam War. His remains are buried at Elmwood Cemetery, Goldsboro, Wayne County, North Carolina. To honor his memory, a section of Lee Avenue in Brooklyn where he lived until he was eleven years of age was named for him on 7th June, 2003, exactly thirty four years after he was killed.

He is also honored on panel 23W, row 96 of Vietnam Veterans Memorial Wall. 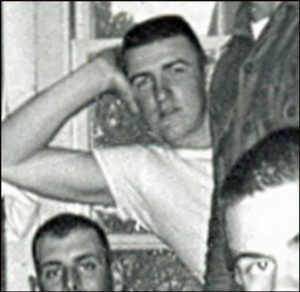 Duane Theodore Greenlee of Monroe County was born on 30th April, 1947 and joined the Marine Corps in 1965 as Private First Class. He was killed in action in Vietnam, Quang Nam on 25th August 1966 at 19 years of age and is buried at Belmont County Memorial Park, Saint Clairsville, Belmont County, Ohio.

He is honoured on Panel 10E, Row 39 of Vietnam Veteran’s Memorial Wall.