A section of a popular park in Grangemouth is to be redesignated to become Falkirk’s official World War One Centenary Field.

Zetland Park, which already has an impressive war memorial, has been chosen as part of a national-wide initiative to have at least one green space in every UK local authority to commemorate the Great War.

The idea comes from a partnership led by Fields in Trust in conjunction with the British Legion and Poppy Scotland. Now, Falkirk’s Executive councillors have unanimously approved proposals to adopt the older part of the park as a poignant reminder of the sacrifice made by men during the conflict.

Councillor Gerry Goldie said: “I wasn’t aware of this type of project, but I think it is wonderful. “Many people from this country fought and died in fields very far away from Zetland Park. “They gave their lives in mud and shells and in recognition of that, we are making a park.”

Redesignating a green space as a Centenary Field means the land will be protected in perpetuity, and it ensures that the ground cannot be sold for profit. It also means that there will be more green spaces throughout the country safeguarded for future generations to enjoy.

A plaque or statue will also be installed in Zetland Park which is one of the largest urban parks in the Falkirk Council area.

The SNP’s Tom Coleman said: “It’s a great thing to commemorate the hundred year anniversary, it’s something for the grandchildren of the men who fought and died.” 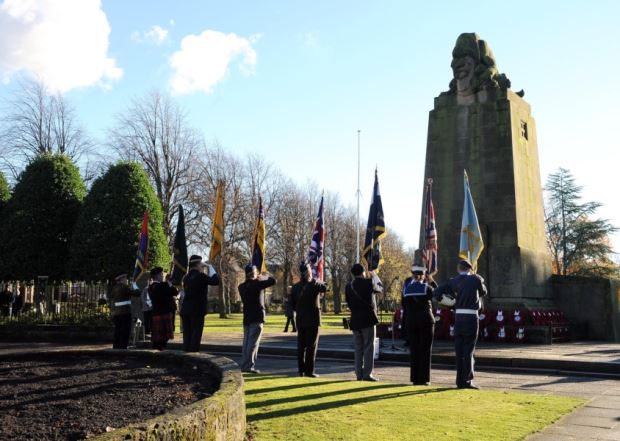 His colleague Councillor David Alexander added: “The scale of the slaughter was so great, and the impact on those who survived was not really understood at the time. “This will be a reminder of the hell these people went through.” Councillors heard Zetland Park met all the criteria required by Fields in Trust.

Council leader Craig Martin said: “This is a really good project. At Zetland, we’ll have a memorial that will be seen by everyone, and it’s fitting it should be there.

“Only last week, we marked VE day, and it’s really been a time when we are remembering what happened in the past to give us our lives and freedom of speech.”

Tom Brown, vice chairman of the Friends of Zetland Park, which was consulted on the plan said: “This is first-class news. I think that to have the pre-war section of the park given Centenary Field status is a great honour for the town.

“Grangemouth has lost a lot of green spaces, particularly with the creation of the Asda Distribution Centre and the plans to relocate the new Carrongrange School onto the grounds of Moray School. “So to have this protection of the pre-war part of the park is excellent news.”

The entire network of protected Centenary Fields throughout Scotland, England, Wales and Northern Ireland should be completed by November 2018 at the latest.

Article provided by the Falkirk Herald, Reporter: Deborah Punshon.
Do not reproduce, copy or distribute this article. Argunners has special and granted permission from the Falkirk Herald to use some of their articles.