When the Japanese surrendered during WWII, one unknowing soldier spent 29 years staying true to his word until someone finally dragged him out of the jungle.

Japan’s involvement in WWII came to a halt shortly after atomic bombs were dropped on Hiroshima and Nagasaki. But while peace treaties may have been signed, bringing back their soldiers was quite a challenge – especially since they had isolated guerrilla teams operating out of dense and remotely located jungles. Japan still had about 60 soldiers operating around the Pacific after the peace treaties were signed, and one of them became famous when he refused to budge.

That famous soldier is Hiroo Onoda, an intelligence officer who kept on fighting WWII until 1974. 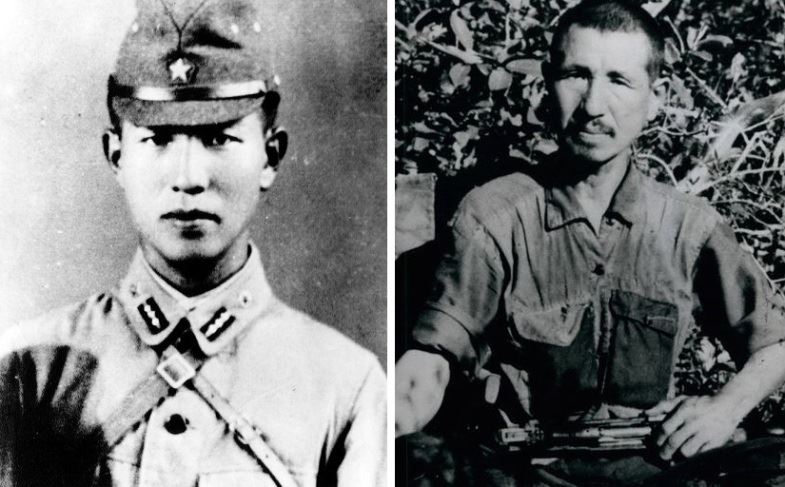 When Hiroo Onoda was deployed to the Philippines in 1944, his orders were clear:

“You are absolutely forbidden to die by your own hand. It may take three years, it may take five, but whatever happens, we’ll come back for you. Until then, so long as you have one soldier, you are to continue to lead him.”

A few months later Lubang Island was taken by the Allies, and most of the Japanese guerrillas there were captured or killed. 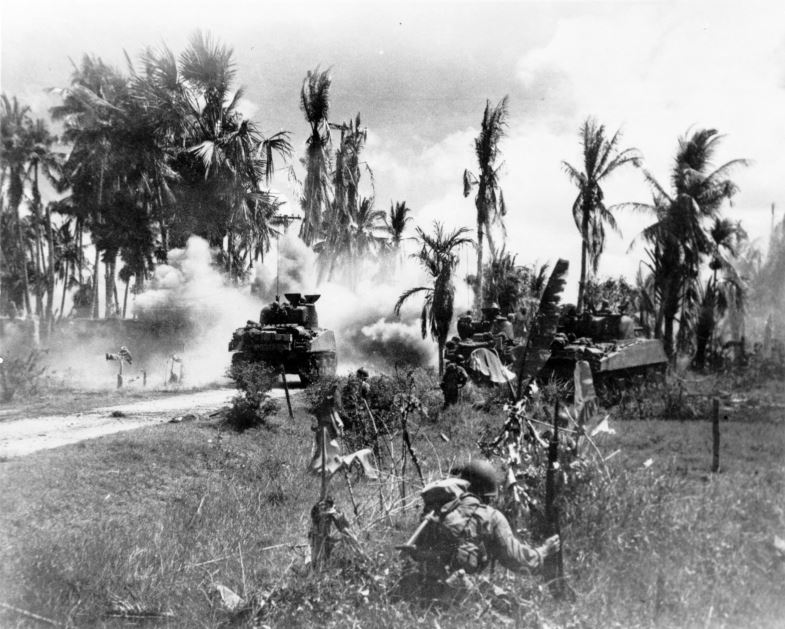 A few however, including Onoda’s group, were not. They kept right on raiding villages, sabotaging food supplies, and having gunfights with locals. A few months later one of the remaining groups heard that the war was over and they could “come down from the mountains.” They all agreed that it was probably a trap.

Weeks later, a B-17 bomber flew overhead and dropped leaflets ordering their surrender, signed by General Yamashita himself. The guerrillas were highly trained to obey all commands from superiors, but they were also ordered to never give up. They also couldn’t conceive of the Japanese military surrendering or losing the war. None of them had any idea that nuclear weapons even existed, let alone had been dropped on their country. Once again, they suspected trickery.

Alone In The Jungle

Over time photographs, news clippings, and letters from the soldiers’ families were also dropped. Other former Japanese soldiers traveled the area with loudspeakers, insisting that the war was over. But it did no good. They still suspected it was a ruse. 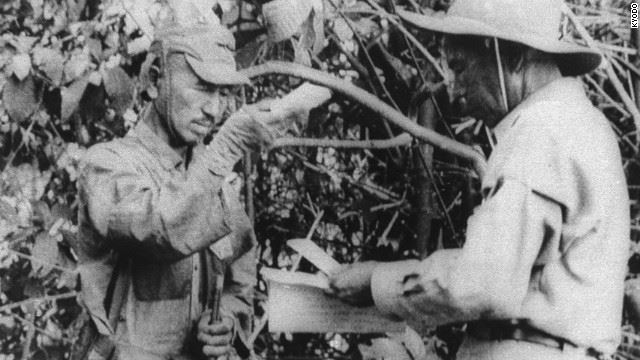 After five years, one of Onoda’s group gave up and turned himself in. After another five years, a second was killed in a gunfight. In 1972, twenty-seven years after they had deployed, a third was killed by a Filipino patrol, leaving Onoda by himself. He kept going for another two years until finally being dragged back to civilization by a most unlikely source. 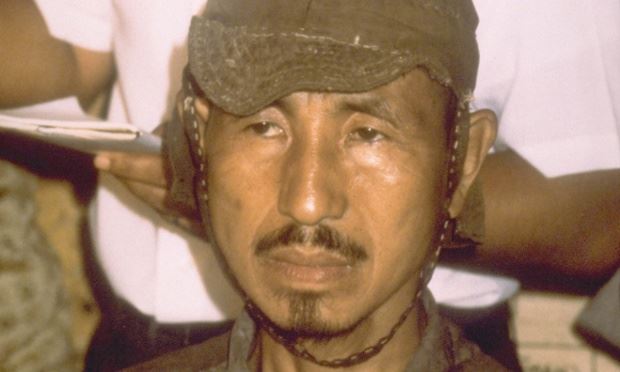 A college student named Nario Suzuki wanted to find Onoda, who had become a local legend, and through some combination of skill and luck, he succeeded. But Onoda refused to come back, because he had been ordered to keep fighting until his commanding officer said otherwise. Suzuki returned to Japan with the news. Seeing no other option, they found Onoda’s old commander, who was now working in a bookstore, and flew him out to Lubang Island where, after 29 years of abandonment, he personally ordered Onoda to stand down. 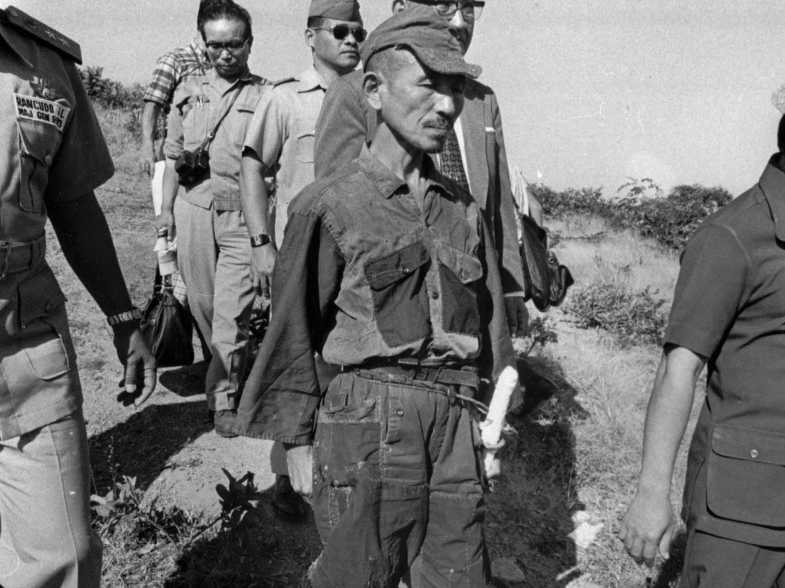 It came as both a relief and a crushing blow to Onoda. He could finally rest, but now had to face the fact that he’d spent decades of his life pointlessly attacking innocent civilians while his friends died for nothing. 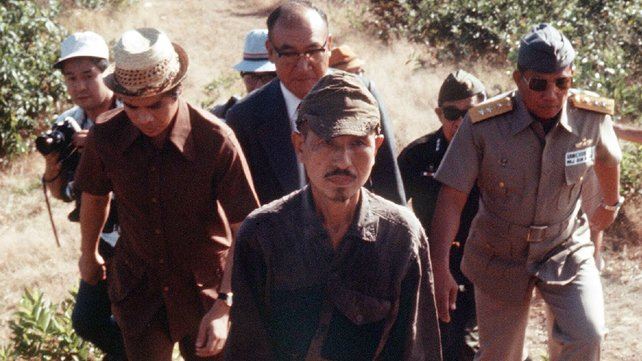 On March 10, 1975, a tired 52-year-old Onoda walked from the jungle in full-dress uniform and surrendered his sword to the president of The Philippines, who pardoned him for his three decades of crimes. 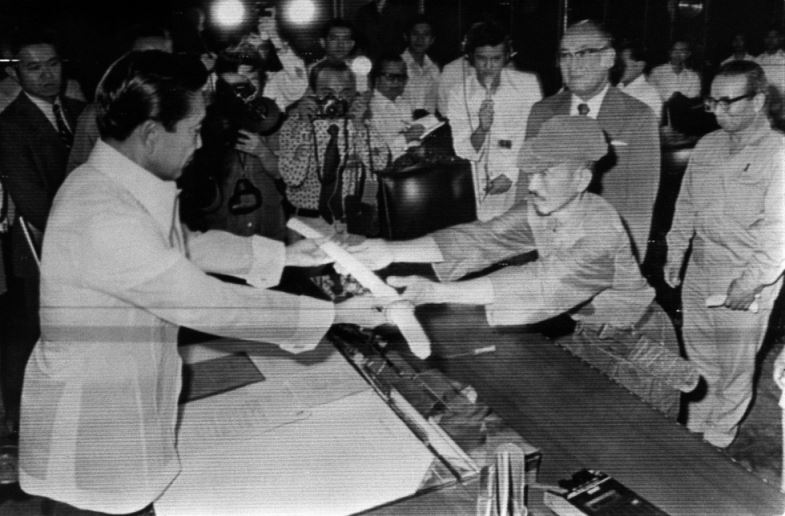 Onoda found Japan to be very different from how he remembered in the 1940s, and he couldn’t adjust to his surroundings. He eventually moved to Brazil and started raising cows, an interest he acquired while listening to Australian cattle shows on his stolen shortwave radio during his years in the jungle. 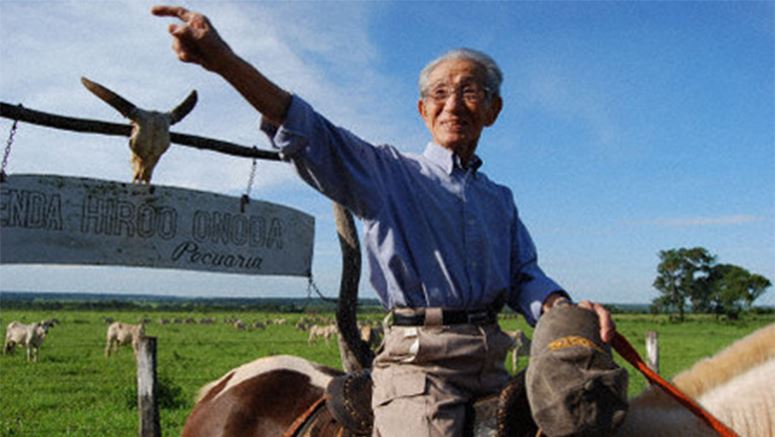 In the ‘90s, he returned to Lubang Island to donate $10,000 to local schools. Many think of him as part of their local history, and officials from the Philippines sent their condolences when he passed away in 2014.

1 thought on “Hiroo Onada: Japanese soldier who surrendered after 29 years”